Hi, I want to share the process on installing PIAA Fog Lights on my FJ Cruiser (6MT – 2013), the goal here was to do it without drilling a hole in my ride, besides two small ones to mount the lights on the stock bumper. So I do my research on the FJ Cruiser Forum and on the web. 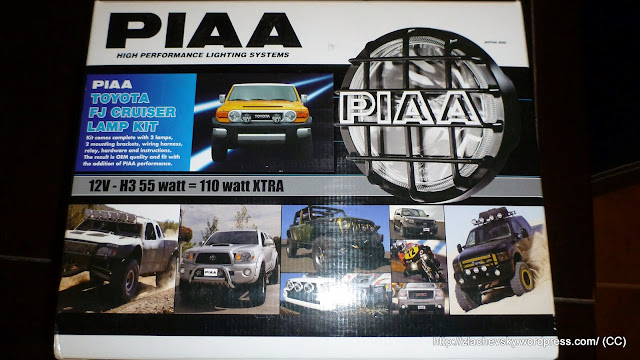 With this research I was able to mount all the OEM fog light wiring, switch, relay and fuse without not even a scratch on the FJ

Reading the above manuals you don’t need me anymore, but I’ll assume that a guideline after reading the manuals with pictures doesn’t hurt. I’m not going into details on how to remove the dash, center console and the low right pillar / steering wheel base as its very clear from manual N°1 and step by step pictures in manual N°3 stated above.

The difficult part, at least for me, was to locate the male plug where you should insert one of the extremes of the inside wiring kit, because its hidden behind some other wires. As you can see in this picture, at the center, behind the big black cable there is a white socket. That socket is where you need to insert on of the extremes of the inside wiring kit. You can guide yourself by the other protruding connected socket to the right and also is up from the driver floor about 4 or 5 inches. 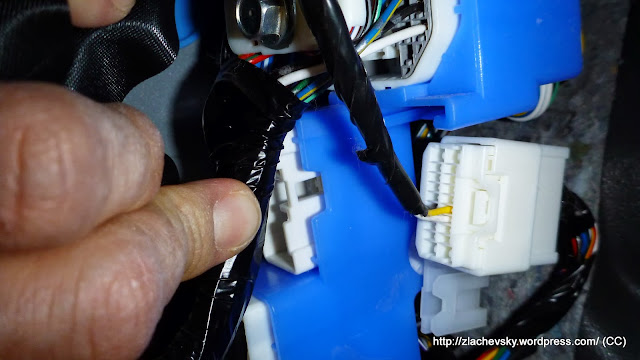 With that in your mind is time to move to de center console and insert the switch in the left lower corner of the buttons arrangement. I don’t know why it sits there, I just follow the manual instructions. Then I plugged one end of the inside wiring kit, don’t worry you can’t make it wrong and move my way from there to bring the other extreme to the socket pictured above. I do it as stated in the manual N°1 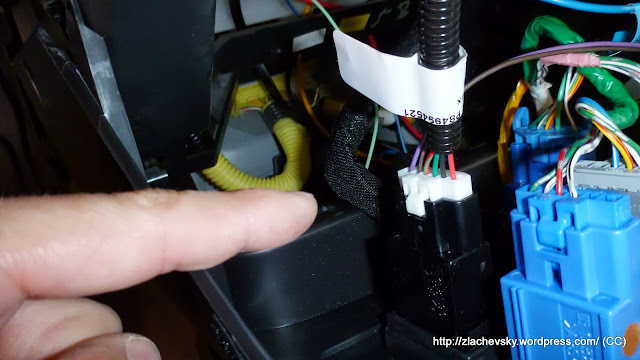 Here is a tricky part also, as this kit doesn’t come with the t-snaps to connect them to the green and white&green wire on the gray connector for the RR Diff Lock button as stated in the manual. So I did a trick using some spare wire, as you can see below. 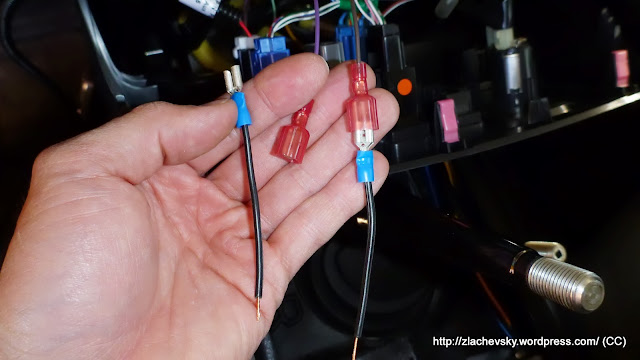 Then I inserted the copper ends to the grey socket in the corresponding wire colors, the purple goes to the green and the brown to the white&green. Then secured them with some tape. 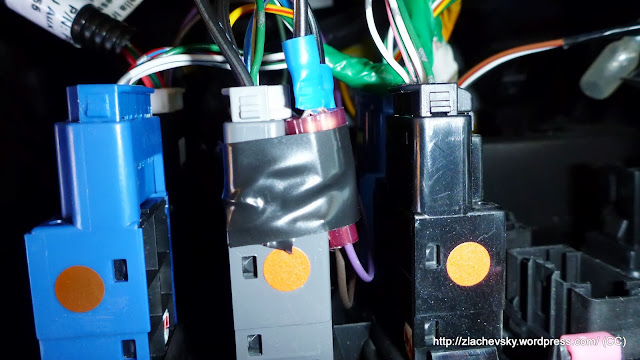 So that’s it in this part of the FJ, as you can see the color doesn’t match right on with the other buttons… but I think is a matter of time to get even or at least not so contrasting. 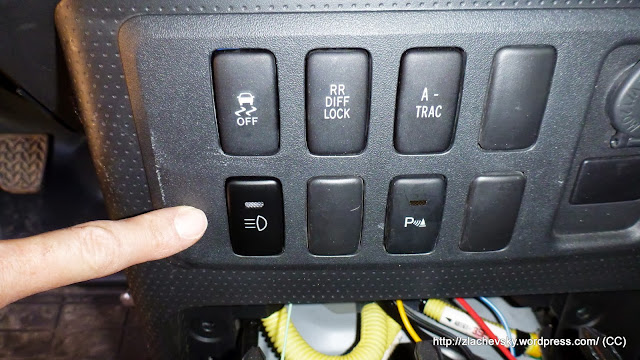 Then secure, mount everything back and go to the front. Open the hood and locate the male connector near the XXXX an plug the only female connector in the outside wiring kit. I do remove the battery to route the cable and use some plastic snaps already there with other wiring. 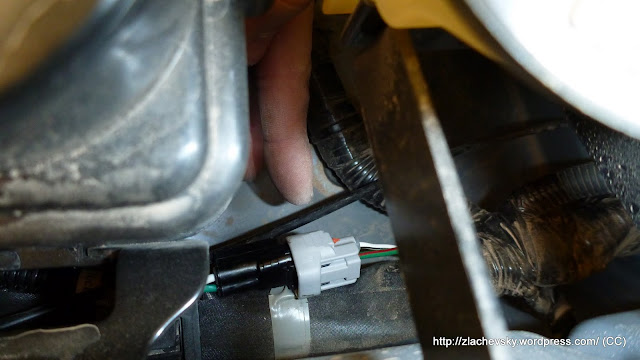 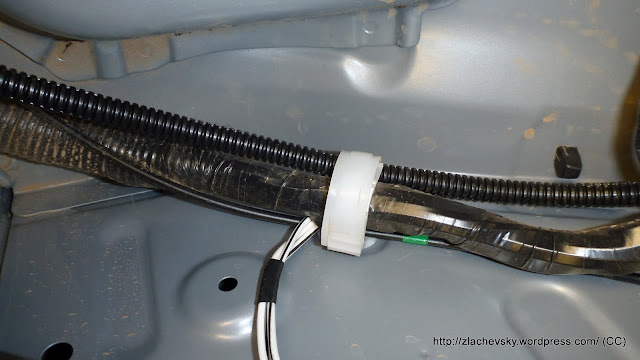 Then I pass it through the top just beneath the top harness in front of the refrigeration grille as stated in the manual. 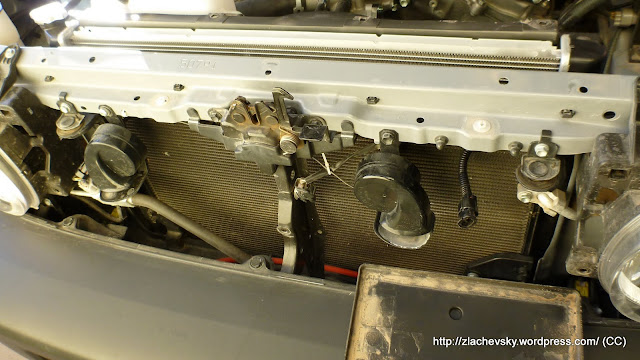 In case you notice it, yes I put a high pitch horn besides the factory one too. Later on I moved it below alongside the winch wiring.

Before I put the PIAA lights on I painted the metal brackets black, you also gonna need 6mm bolts (included) to secure the brackets to the FJ structure, then drill a hole on both sides to mount the lights. 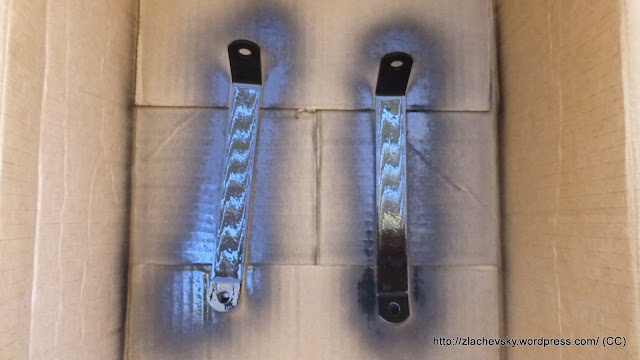 The final part of all of this was to put the relay and the fuse on the firewall just behind the battery. First was the relay 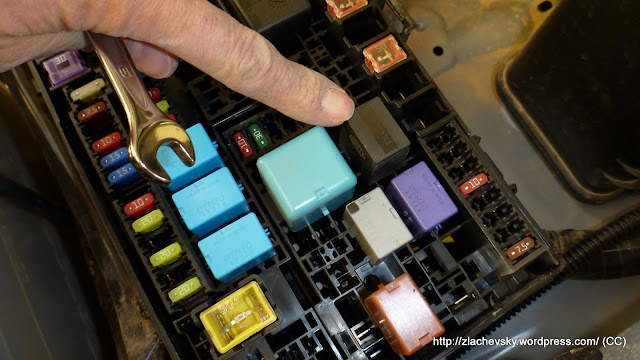 An then the fuse 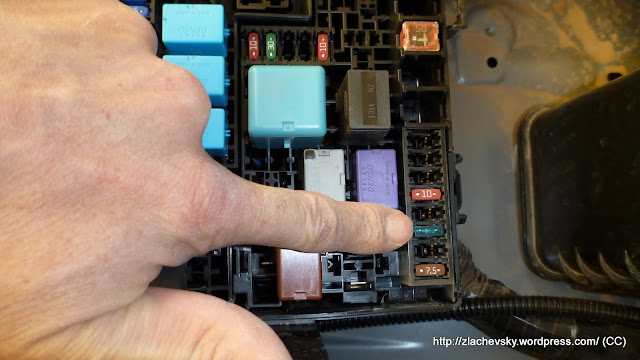 To be sure that everything is in order I test the whole set up and adjust the eight of the lights against a wall. 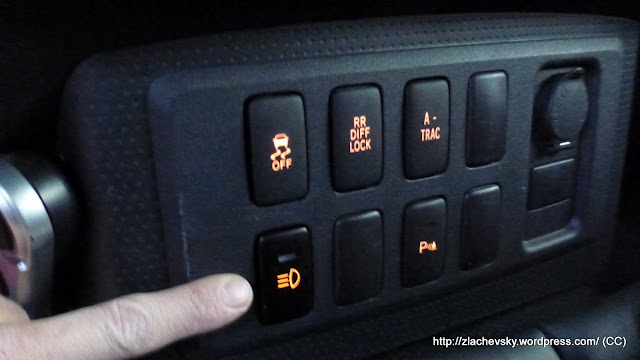 Here you can see the switch lighted with a green light indicating the lights are working, if I remove the fuse (or burn them as happens to me twice because reverse polarity on the light wires connected to the exterior wires) the green light don’t light up. 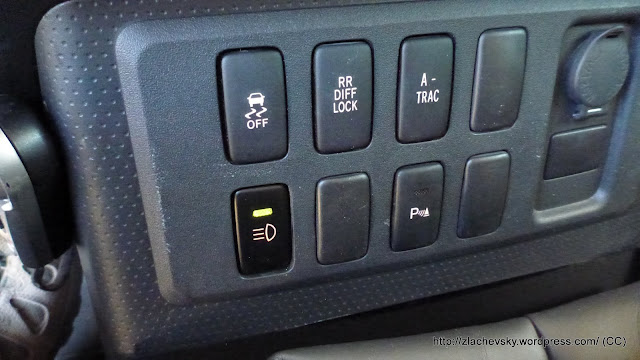 An lastly the thing working: 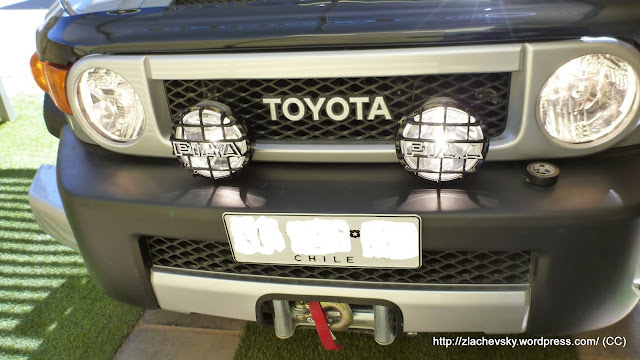